This second obverse is listed in Baker but only in combination
with a blank reverse. An example with the Washington Residence
reverse is in the Massachusetts's Historical Society collection.

Neil Musante in Medallic Washington says this was "perhaps intended
as a soldier's award medal that was never adopted" but this example,
engraved to L.D. Hadlock , appears to be a dog tag. This reverse
is also found with the reverse below and seems to have been used
as Civil war dog tags also. 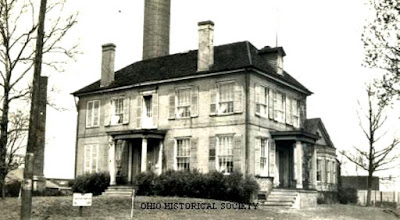 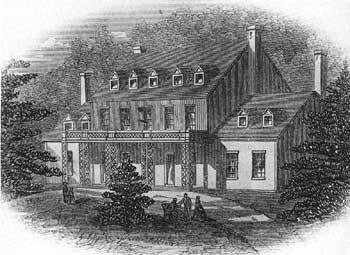 Jame Tyler purchased this plantation one mile west of Charles
City, Virginia in 1842 while serving as president. Considering himself
a bit of an "outlaw President" he renamed it Sherwood Forest.
He lived here till he died in 1862 and the home is still owned by his
descendants. 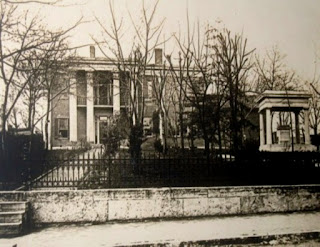 James Polk purchased this home in Nashville Tennessee in 1847
while serving as President. He came here at the end of his term and
died here June 15, 1849. His widow occupied it till her
death in 1891. It was purchased by a local developer in 1900 who
demolished it to build a small apartment house.

In 1840 Zachary Taylor was appointed to the command of the
1st Department of Army of the Southwest. At this time he
purchased this home near Baton Rouge and moved his family here.